Plant a tree in memory of Ada
An environmentally-friendly option 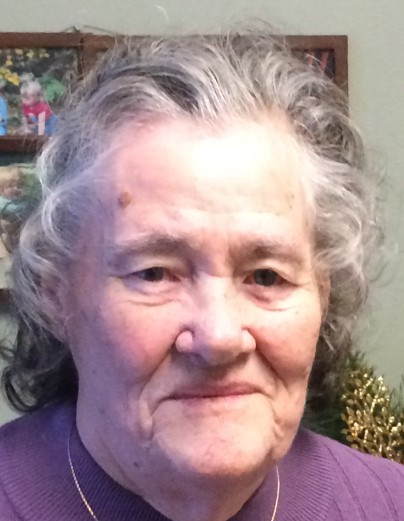 It is with sorrowful hearts that the family of Ada Kurze announce her passing on July 14, 2021, at the Breton Long-term Care Centre, at the age of 87.

Ada was born in a small town in Germany, a few years later she and her family moved into Bremen and life became very difficult during and after the War. Her uncle had immigrated to Canada many years earlier and persuaded her father to come as well. In November of 1951 they arrived in Halifax and made the journey through the provinces to Stettler by train.

After a few years her father purchased land by Yeoford. She worked very hard to clear trees and look after the livestock. She raised her children there and enjoyed her huge vegetable and flower gardens and loved camping and taking day trips to the mountains and lakes every summer. She volunteered at the school and church and took great care of her parents. She made all the holidays special; Christmas was her favorite.

In 1989 she bought land of her own north of Drayton Valley where she continued to nurture flowers and vegetables and raised chickens and turkeys. She was especially fond of her beautiful rose garden.

A private family graveside service will take place at Breton Cemetery. The family wishes to express their gratitude to the staff at Breton Long Term Care for the kind and compassionate care she received during her time there.

In lieu of flowers, the family would ask that donations be made to the Alberta Diabetes Foundation, by visiting their website at albertadiabetesfoundation.com.

Plant a tree in memory of Ada by clicking here.
To send flowers to Ada's family, please visit our floral store.

Plant a tree in memory of Ada
An environmentally-friendly option

Plant a tree in memory of Ada

1 tree planted in memory of Ada

I’m sorry to read of Ada’s passing. My heart goes out to the family.
I believe I first met Ada when our daughters were taking, I think ballet.
Ada and I visited a bit, both in Breton. and West Pine when I visited there or after Church services.

A Memorial Tree was planted for Ada Dagmar Kurze

Plant a tree in memory of Ada