Plant a tree in memory of Arnold
An environmentally-friendly option 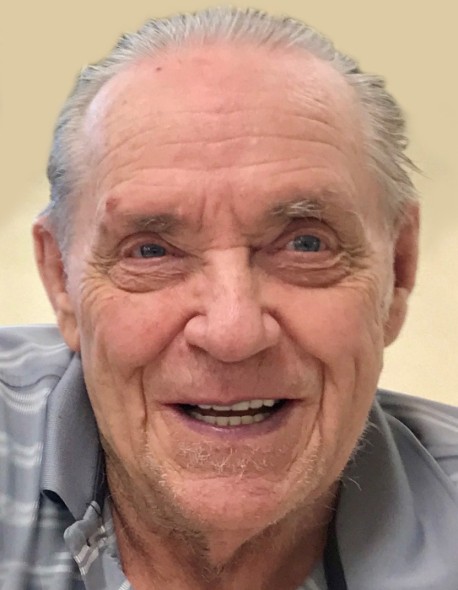 It is with deep sorrow that we announce the sudden and unexpected passing of Arnold Anderson, aged 81 years.  He suffered a fall in his room early morning on Monday, April 5 and died in the ER at the University Hospital just hours later from a massive brain bleed without regaining consciousness.  He will be lovingly remembered by his children, Julie (John) Mulligan, Todd Anderson, Grandchildren Stephanie Dean (Kelsey), Mackenzie Dean, Lucas Anderson and family Greg (Denise) Mulligan, Tysin and Nash, Robert (Candace) Mulligan, Carsen, Konnor and Macey, Sister-In-Law Alice Anderson, nieces Wanda (Barry) McQueen and Lola (Chad) Strand, as well as numerous family and friends.  He was predeceased by his beloved wife, Eileen, 11 year old daughter Tracy, brother Albert, parents Carl and Rachel, and Jennifer Mulligan.

Arnold’s grandparents and his dad were one of the original families who settled in Drayton Valley before 1920.  He was born on November 9, 1939, and had just one sibling, big brother Albert.  They grew up just a few hundred yards north of where H.W. Pickup School is now and, as he was fond of telling his kids and grandkids, he walked uphill both ways at least a mile to the original and only school on 50th Street, one that his Great Aunt’s husband had helped build.  He and his darling wife, Eileen, married in 1962 on her 18th birthday when he was 23.  They lived in Drayton Valley until moving to Cloverleaf Manor in 2007.  In 2014, after Eileen’s passing from esophageal cancer, Arnold moved to Salem Manor in Leduc until his death.

Arnold worked hard until retirement; first as a mechanic and then on the Oil Rigs, and lastly with Anderson Sand and Gravel, at his brother Albert’s business, hauling gravel.  His kids and grandkids spent many hours in the passenger seat of his gravel truck, singing along with Johnny Cash or Waylon Jennings on the radio.  Arnold played hard, too, and loved to have a good time with friends and family.  He is well remembered for singing and dancing at parties, often on the dance floor solo, or with his favorite waltzing partner, the hall mop.

When Arnold moved to Salem Manor and was under the care of Dr. Simard and the excellent nursing home staff, it was discovered that he had been on medication for a long time that was no longer necessary.   It was the most amazing gift to see him go from being lethargic and aged way beyond his years to becoming a “going concern” and seemingly younger with every passing birthday.  He never complained about anything but, on the off chance that something was bothering him, it took a lot of prodding to get him to say if anything about it.  His world was bright with his rose-coloured glasses that were always on.   He spent his days playing bingo, at Hymn Sing, exercising, attending Sunday church, playing games and watching Dr. Phil.  One day, we were talking and he told me he had just got back from helping in the kitchen to bake cookies.  Ha-ha, mom would have fallen over laughing because when she was alive, he didn’t even know how to turn on the stove.

He cheered for the Oilers and the Eskimos without hardly missing a game on TV.  Not being able to watch hockey and having almost two months of being cooped up in his room 24/7 was hard on this social butterfly.   Covid knocked the wind out of his sails a bit but he took the isolation orders in stride and just kept saying how thankful he was that they were being looked after and had only a couple cases at the worst of it.  It was so hard on him because what he loved to do, most of all, was to talk to the staff and other residents.  He wanted to know how they were and what kind of lives they had away from Salem.

Truly, he was interested in others and lived with compassion and empathy for all he cared for.  In return, he received the same love and caring back from staff and residents.  He was so incredibly happy and content living there that he often said during our weekly FaceTime visits, “The only way I’m ever going to leave this place is if I’m carried out in a box”.  “Ha-ha, Dad”, we’d say, “you’re so positive and healthy that you won’t be going anywhere until you’re way past 95!”  God had different plans and, maybe so did Mom.  On the seventh anniversary of her death, Dad took his last breath with no knowledge of his impending end of life and no pain … just the way he would have wanted it.

Dad, have a great time with your ‘Leen, Albert, Clint, Howard and the rest of your family and buddies!  If you can be even just as happy on the dance floor of heaven as you were here on Earth, we are blessed.  Your memory will live on in our hearts forever and we will always smile when we hear your laugh.

In lieu of flowers, donations would be gratefully appreciated to the Drayton Valley Community Foundation.

Arrangements in care of Joelle Valliere at:

Plant a tree in memory of Arnold by clicking here.
To send flowers to Arnold's family, please visit our floral store.

Plant a tree in memory of Arnold
An environmentally-friendly option

Plant a tree in memory of Arnold

1 tree planted in memory of Arnold

Our sympathy To The Family. Arnold and Eiileen were a Super Couple. We enjoyed visiting with Them. George and Donna McMillan.

I'm so sorry for your loss, Julie.

Julie and Todd I have so many great memories of your dad. He and your mom were such good friends my deepest sympathy to you and the family

Sorry to hear of your loss. I work with Arnold he was an awesome trucker . He had good story to shared and countless laughter to follow.

A Memorial Tree was planted for Arnold Carl Anderson

Plant a tree in memory of Arnold