Plant a tree in memory of Victor
An environmentally-friendly option 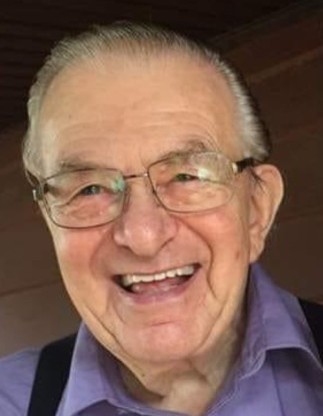 It is with saddened hearts that the family of Victor Stefura announce his passing at Leduc, on Monday, June 21, 2021, at the age of 84 years. Victor will always be in the hearts and memories of his children, Rod (Ruby), Randy (Shannon), Dianna (Len) and Roger (Julie). Victor’s legacy lives on with his nine grandchildren and their spouses, along with his six great-grandchildren. Also left to treasure his memory are numerous aunts, uncles, cousins and extended family. Victor was predeceased by his wife, Marg, his parents, Steve and Sophie, his mother-in-law, Margaret, and two infant granddaughters, Tabatha and Tiffanie.  Victor was born in Alder Flats, where he met and married his wife, Margaret. The family moved to Leduc where they resided for many years. After their children were grown, Victor and Marg moved back to Alder Flats to care for Marg’s mother and Victor’s parents. Later, they purchased an acreage near Alsike where they relocated and retired.  Victor made a strong impact on many people throughout his lifetime and will be lovingly remembered by those whose lives he touched.

A graveside service will take place at the Alder Flats Cemetery, Alder Flats, Alberta, on Monday, June 28, 2021 at 11:00 a.m. with Pastor Steve Green officiating. For those who wish to do so, please make memorial donations directly to the Salem Manor Society, 4419-46 Street, Leduc, Alberta T7A 1N8.

Plant a tree in memory of Victor by clicking here.
To send flowers to Victor's family, please visit our floral store.

Plant a tree in memory of Victor
An environmentally-friendly option

Plant a tree in memory of Victor

1 tree planted in memory of Victor

Rest In Peace Vic aka Dad, Grandpa, and who I fondly nicknamed and called addressed him as ‘Sporty’. He will never be forgotten by anyone who met him! Memorable. Unique. Unforgettable big smile 😀 He always had a story or more but selective hearing lolol Best bubblegum bubble blower ever. Kind to animals - peanuts in pocket for the squirrel. Baseball mitts for hands, that he used to work hard most of his life. Dearly loved. My deepest condolences to all who mourn his passing.

A Memorial Tree was planted for Victor Stefura

Plant a tree in memory of Victor